Check out my Microblog!

It's kinda funny how things fall into place.

In the last 3 months I've contributed to the soundrack of 1 (almost 2!) games, and a short animated film with my school.

I didn't think any of this would happen but hey it did! :)

I also just got an idea for this site that I'll experiment with in a moment. Stay tuned!

I did a little remix of a song from Mouryou Senki Madara 2 in Famitracker.

Nine months... wow! My longest hiatus yet! How is everyone doing these days?

I'm still in school, still trying to push through a career change from web to game development.

I've also been doing some soul searching. I realize now that I have some mental health related quirks that have put a big burden on my personal development, and have been talking to some people about that. Eveyu time I try to work on something my brain switches to something else. I have a graveyard of unfinished projects on all of my computers.

Things are definately moving, but I can't help but feel very very lost at the moment. I've been coding casually since 2011 and professionally since 2016. Yet, most of the things that I worked on in the past, most of the technologies I used I'm going to have to drop completely in order to get a job in this industry. That or make something on my own, which is much, much harder to do.

I'm the type of person that gets very attatched to tools and a workflow, so having to rebuild all of that is not really something I look forward to. Part of me just wants to drop tech all together and get a job doing something artsy or even completely unrelated. Maybe writing? Music composition (lol)? Drawing (nowhere near good enough to do this yet)? Theraminist? Voice acting? Librarian? Ugh I just wish I had some guidence, ya know? New Jersey, and the NYC metro area does not have a repuation for cultivating the world's talent in the video games industry, or any reputation that matter. Most of the people I know who want to do this stuff are still searching, and most of the people I know who do this stuff live at least a thousand miles away. I'v seen some people make stuff work, however. Indie releases, hitting that just-right niche. But at what cost? What If I spend 10 months working on a Neo-Geo MVS game and it flops? Almost no companies are looking for a NeoGeo programmer, know what I mean? Ug h h h h h h h h h h h h. This stuff is a lot to think about.

ON A MORE POSITIVE NOTE, I've been doing a lot more gaming lately!

After about 6 years of trying to play the intro and giving up due to how slow the game starts, I finally actually got into Star Ocean: Second Evolution on PSP! I plugged about 30 hours into the game before I got to one of those really difficult points where I needed to take a step back. My thoughts are: It's a great game! I adore the player profiles of this remake more than I do the PS1 original game. I also really like the voice acting. Some of the dungeons were quite big, and could have benefitted from a map, but I never really found myself that lost. The combat is a bit annoying, and even though it feels like it's an action combat system, it's really a turn based system with some real time elements in it, which is OK, BUT each time you see it and play it, you'll default to thinking it's an action battle system based on its presentation and flashiness. I personally think it was cool, but wish that the game made it a bit easier to manage some of these elements. Also there's a lot of mechanics in game that I didn't use at all. Maybe it's because I skipped past all the tutorials in the beginning of the game since they were boring as fuck and I simply could not be bothered with them and none of that shit was relevant at the time anyway. OR Maybe the game doesn't do a good job explaining everything. Also, the music is kinda middling nvm it's good lol. Also there's apparently over 80 endings? So there's a lot of content and I've yet to see. note, I don't plan to 100% this game or anything, for now, playing to a single credit sequence is good enough for me. THE VERDICT THUS FAR: Good. Play it if you can.

What am I currently playing (while on hiatus from the GOAT game Star Ocean)? RADIANT HISTORIA on Nintendo DS. I'm enjoying it a LOT! I love the battle system. I'm 18 hours in thus far. I'll check back in once I've beaten it.

Other JRPGs I have in rotation:

Sorry for the rambunctious rambling, as you can see I have a lot on my mind. Anyhow, I hope you all have a safe and prosperous new year!

I've been building a small collection of video games for a while, and I'd love to talk about it here!

In order to facilitate this, I've written a python script that works in conjunction with this app to generate a pretty webpage with all my stuff on it. Take a look here!

You know what's a really cool vibe? Listening to the Dynamite Headdy soundtrack while browsing through the feed and Districts. No questions, just do it.

(PS: flappyshoot is still in development, I had to step back and do school, but the next version will be up very soon).

WOW yall really like the games! Every time I add one the hit counter quadruples for like 2 days. More updates to come to Flappyshoot (title pending) very soon. I'm off (100% completely free) until Tuesday, I should have time to get some development in. Also.. I hope ya'll don't mind the little music updates here and there... since you'll be seeing a LOT more of them!

Flappy Shoot is updated and ready for the web! Peep it here (requres keyboard).

Happy New year everybody! Just wanted to do a quick update for the new year. I'll be adding new songs fairly often to the jukebox at the top of the page, that will act as my music blog of sorts... I'll upload tracks as I see fit. Also - I just turned 21! I can drink and gamble now! Kind of crazy if you think about it. I also just bought game maker studio 2 with web export! Expect to see a web port of flappy shoot in the next few days! Cheers!


A year in gaming

God damn I sure did play a lot of games this year. I got into a lot of random franchises and I don't really regret that. Here's a short list of some of the cool games I played.

Like I said before, I am training for an eventual switch to game development. As my first public project in some time, I will be using Game Maker (for now). I made this demo in Game Maker 7 Lite. The goal was to combine the cool elements of a game like flappy bird with the exploration aspects that come with a platformer. You can download a windows executable here. If you don't have a Windows PC, you can see a video demo here. I will be buying GM Studio soon so don't kill me pls for using this edition. TIP: JUMP then try moving around!

I've been prepping for a position at a company for a while and I finally got it!

Still some things I have to learn before accepting the position. But I am excited!


There's a lot more to this story.

What's this? Another redesign? Yup.

I noticed that the last redesign was really pretty, but not really.... succinct. It was strange to use and a bit too janky for my taste. It was all over the place... in a bad way. The splash images were too big and it made the page slow to load.

Besides! This design is really clean and now that I have a better handle and design sense, I can make this place a lot more mobile friendly.

thanks for stopping by 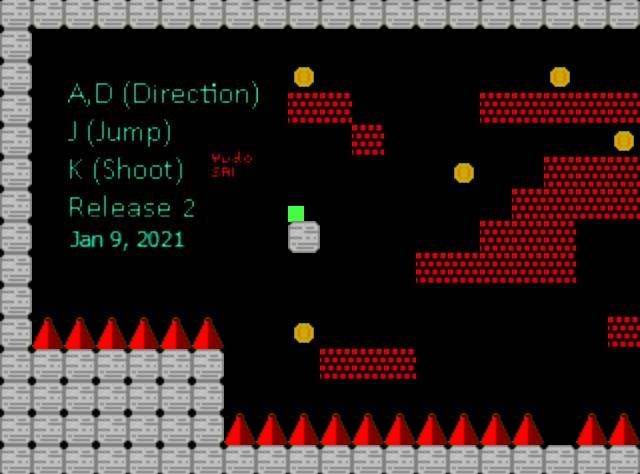 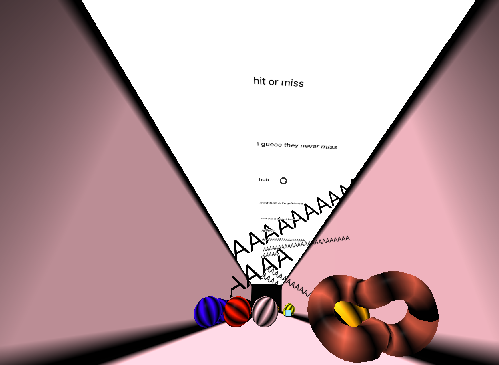 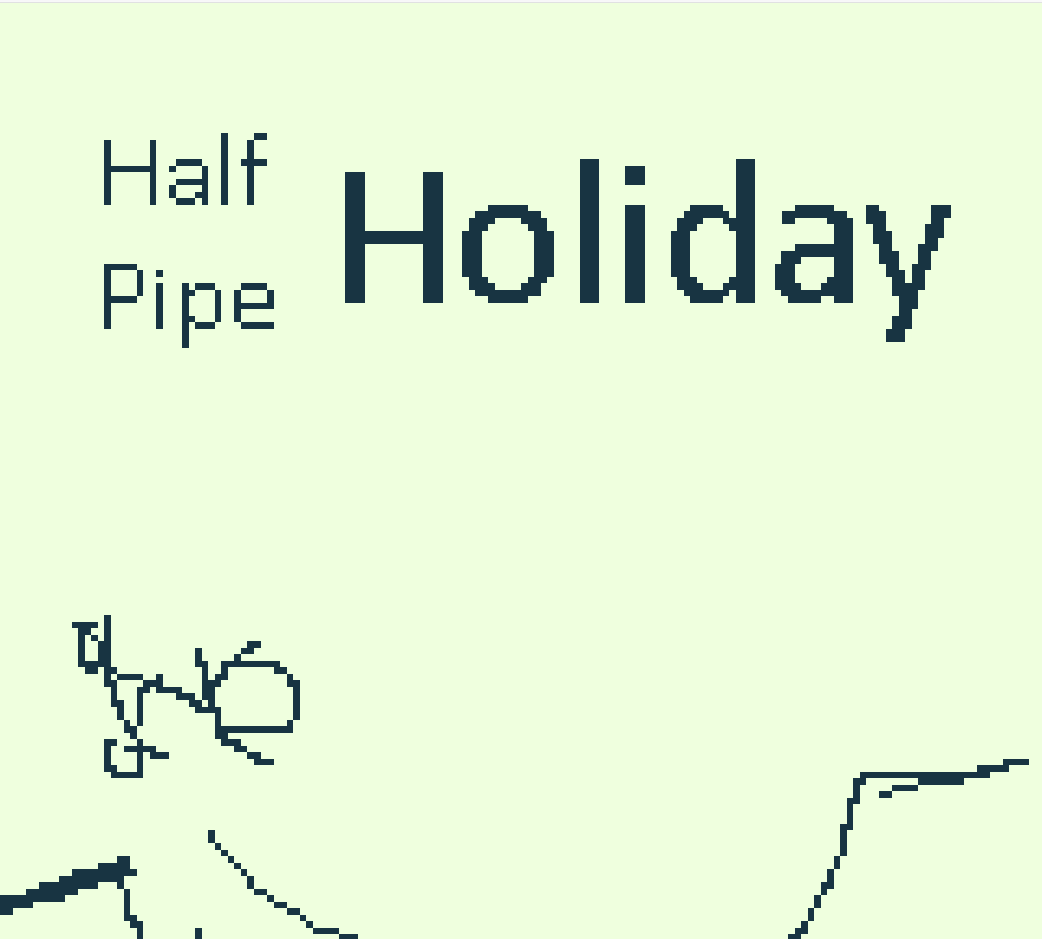 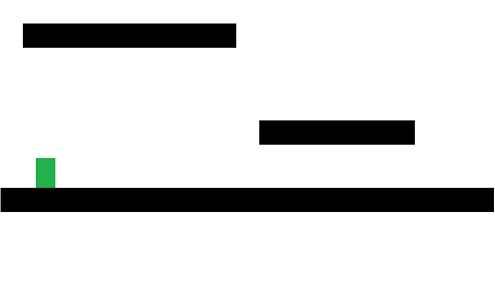 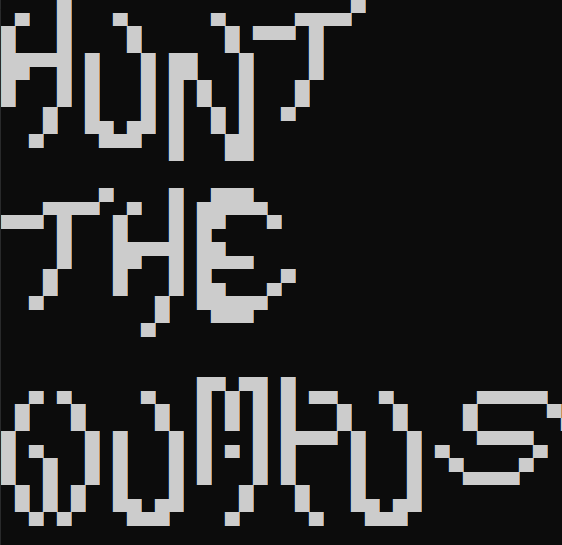 Yeah I know this is sort of random but I need somewhere to keep track of the podcasts I listen to(and want to listen to), why not here? (on the backburner)